Will Croucher Would Rather Be Dreaming 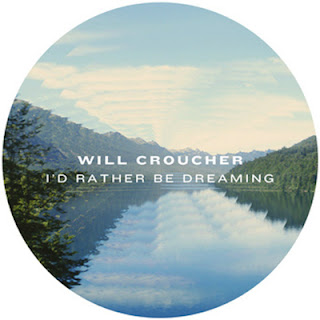 I don't know a thing about who Will Croucher is, where he's from, or anything like that. What I do know is his record showed up in a white cardboard CD mailer, with the track listing written on the inside in magic marker and not much else. What I learned after listening to this mysterious piece of mail is that his EP, I'd Rather Be Dreaming is absolutely genius.

Croucher constructs lazy post-shoegazing pop that reaches for the stars but is too lazy to make the effort. I'd Rather Be Dreaming sounds like a series of long lost My Bloody Valentine songs that never made it to Loveless. The songs are awash in feedback and the vocals sound so barely awake, I half wonder if Croucher wasn't sleep singing when this was recorded. Regardless, I'd Rather Be Dreaming is a stunningly brilliant record whose hooks work you over so subtly that you don't even know you're being worked over. The five songs here are all amazing and Croucher has constructed one of the best EP's I've heard in the last several months. This is the sound of 1992 twenty years late. While his songs are open books, Croucher remains a mystery and I'm hoping that someday soon I'll come home and another white mailer will show up in my mailbox with a twenty song album enclosed. Until that happens, you can find this record at glwmbl.com...and you should find it now.
Posted by Paul POP! at 4:09 PM

Email ThisBlogThis!Share to TwitterShare to FacebookShare to Pinterest
Labels: will croucher