Caroline Smith Is Anything But A Folky 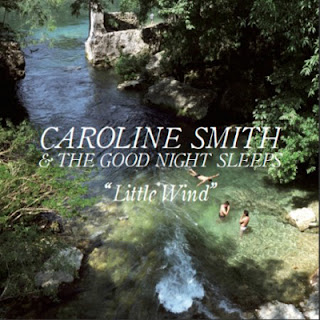 With one of the most unique voices I've heard in a long time Caroline Smith and the Good Night Sleeps are far from the norm. This lilting pop group are folky but don't play folk music. Sounding something like Feist on helium, Kate Nash if she were depressed, or a Bjork acoustic record, this group of minstrels make music that hearts break to. Their album Little Wind is an intriguing record that's hard to turn away from because of just how unusual it is.

Little Wind is a gorgeous rustic album that's intimate and almost downtrodden in its aspirations. It's brokenhearted, lovelorn, and filled with yearning. While all that sounds like every folk cliche known to man, the way that Caroline Smith and co. weave their songs it's anything but. Little Wind is far too musical, far too polished, and far too lush to be just folk music. It's got so much to offer it's a joy to listen to.

Caroline Smith and the Good Night Sleep have tapped into something rustic here made it modern and it works. With a stunning voice and great songs, Caroline keeps you captivated for the duration of Little Wind. Anything but cliche, Little Wind is a folk album that us non-folkies can like and like a lot!
Posted by Paul POP! at 3:07 PM