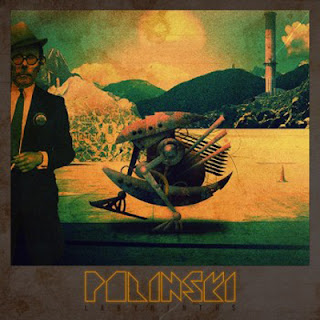 Paul Wolinski of mathematical geniuses 65 Days of Static has recently taken it upon himself to unleash a solo album of material that just didn’t fit into their equation. Under the guise of Polinski, Wolinski has crafted a more electronic alter ego that creates sci-fi melodies with electro beats. How he finds time to do this in the middle of the exacting calculations of his day job is beyond me, but we as a society seem to gain from this Horcruxing of musical talent.

Creating Labyrinths seems to be done the same way that the 65 Days of Static gang writes songs; algorithms, computers, and very large calculators. The results of these calculations are then fed into the technocreatorbot which then churns the numbers and equations into polyphonic danceable rhythms that are punishingly blinding trance anthems in which humans get lost in. Labyrinths is a twisty, clever, and technologically brilliant dance album whose songs glisten with a robotic sheen that amazingly still has enough human touch involved to prove that Polinski (and 65 Days of Static for that matter) are not robots with musical talent.

With or without 65 Days, Paul Wolinski is a musical monster. Whether it's a guitar or a sequencer this master of technology can create a calculus based song as if it were second nature. The dude’s talent is like the universe, expanding at a rapid rate into infinity and as a result Labyrinths is an awesome record. Trance, techno, post rock, whatever anything Polinski, Wolinski, or 65 Days touches is like the Holy Grail of technical based music...awe inspiring and essential.
Posted by Paul POP! at 12:51 PM

Email ThisBlogThis!Share to TwitterShare to FacebookShare to Pinterest
Labels: polinski