Metronomy Head To The English Riviera 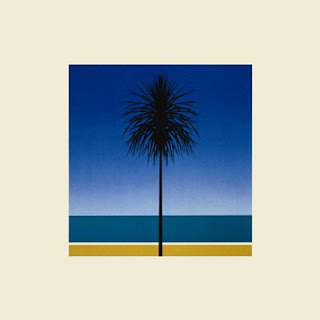 I have to admit, I am surprised by the new Metronomy album, English Riviera. Don't get me wrong, it's a good record...but it's just not as momentous as their debut and in fact seems a little less dance oriented than that record was. Apparently finding their inner goth and inner anorak pop kid during it's making, a heavy shade of grey seems to hang over much of English Riviera making it a moody little masterpiece.

With plodding basslines, dreary harmonies, and an almost dull sense about it, the title English Riviera is nearly spot on in its naming. While this is undoubtedly a moody record there's a subtle beauty about it that reminds me of mid-80's indie pop and bits of Orange Juice, Felt, and the like. An electronic album English Riviera is not, but rather, a classic British pop album 30 years late to the party.

English Riviera is an about face for a band that was once mentioned in the same breath as the Klaxons. It's a welcome change to some degree...and while they haven't forgotten their past completely (see "The Bay," for an example) I think the more I listen to this record, the more I like their moody, grim and grey indie leanings. English Riviera is a moody change of pace that takes some time getting used to but it's worth the effort.
Posted by Paul POP! at 6:04 AM

Email ThisBlogThis!Share to TwitterShare to FacebookShare to Pinterest
Labels: metronomy