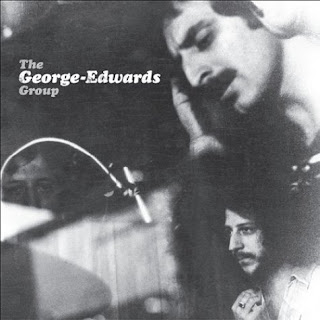 The George Edwards Group no longer exists. In fact, they've not existed in so long; you may have children that are younger than their latest record, Archives. Lost in the cosmic sea of epic jams, The George Edwards Group play proggy rock and roll the only way they knew how to in the 70's and 80's; over the top and massive. This is a record that sounds as if it emerged from a bad science fiction movie and was left on the earth covered in polyester. It's old, but surprisingly decent enough to make you want to dig out old Rush records and don a moon robe.

Combining god guitar riffs, with quieter moments, a bevy of instrumentation, and an otherworldly approach The George Edwards Group sound completely alien in today's landscape. The songs here resonate with a simplistic charm and a sense of wonder that makes an impact. These are guys rocking out for the sake of rocking out; not because someone told them to and that’s what makes this album. It makes sense then, that most of these songs never saw the light of day during the band's "heyday." Rather, much of Archives has been languishing in the cosmic void for the last twenty or so years so the fact that we get to listen to these rockers now is truly awesome.

Dated, weird, and quite possibly bad, Archives is a fantastic proggy roller coaster ride that's so much fun you'll want to hop in your space ship and listen to it again!
Posted by Paul POP! at 4:13 PM