The Features Emerge From The Wilderness 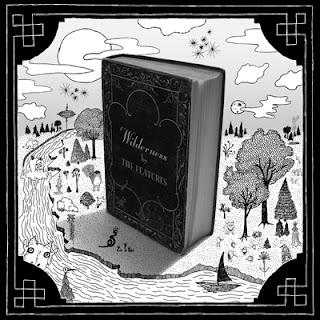 The Features are yet another band who has been kicking around for a while. Over the course of their career no other band has so flawlessly combined electronics and indie rock into some sort of hybrid of the two that rocks out as much as it shuffles around. Somewhere left of center, The Features have carved out a nice little niche for themselves where just enough people know about them to make them successful. Their latest album Wilderness might just help them inch closer to mainstream acceptance.

Not quite as woodsy as the name would seem to imply, Wilderness is a brilliant rock and roll record that likes to cruise around on its Harley as much as it loves to demonstrate its skills on the dance floor. With grooves aplenty and even a song or two that wouldn't be out of place in the Deep Purple catalog, The Features are one heck of a weird rock and roll band. While garage rock is an obvious influence on Wilderness the band's knowledge about how to pack out a club is undeniable and they're able to find grooves under rocks, behind riffs, in drums, and just about anywhere else. This ability to craft incredibly groovy rock and roll songs is admirable because The Features are often considered just another indie rock band.

With huge riffs, catchy grooves, driving beats, and gritty vocals The Features clearly love to RAWK. They do so throughout Wilderness and that's a good thing. Sounding like it should have been released in 1975 by someone like Montrose, Wilderness was released this year by a band called The Features and that is truly remarkable. Impressive stuff!
Posted by Paul POP! at 6:24 AM

Email ThisBlogThis!Share to TwitterShare to FacebookShare to Pinterest
Labels: the features