The Jones Family Singers Wait Until The Spirit Speaks 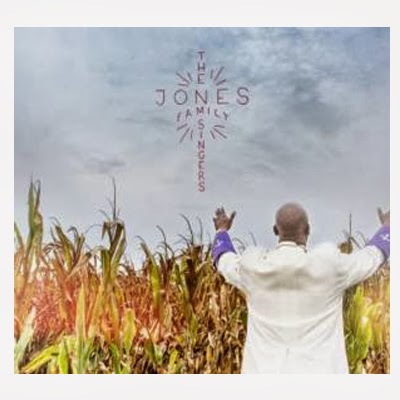 The Jones Family Singers are a family of musicians that embrace a Staples Singers like approach to Gospel. This eight piece band have been bringing the sound of the Lord to their congregation for over twenty years. Amazingly thought, they've never released an album until now. Their debut, twenty years in the making, goes by the name of Until The Spirit Speaks and it's a treasure trove of harmonious glory.

Pulling material from a wealth of live recordings over the years the family headed into the studio with an idea of making a sort of greatest hits. When they emerged they came out with one of the most soulful Gospel experiences ever recorded. If Gospel can be soul and soul is rooted in Gospel than you won't be disappointed as this funky and soulful album packed with positivity and compassion. Religion and messaging aside, this is a great record of reassurance and heart no matter your denomination or beliefs. When you are low and down this is the kind of record that picks you up and gives you the motivation to carry on and I think that's ultimately what The Jones Family Singers hoped to provide. With organs, basslines, and more melodies than you can shake a stick at this is an almost Blues Brothers-like musical revelation that hits at your heart. They might be on a mission from God, but anyone of any religion or belief system can find something to enjoy on Until The Spirit Speaks and that ultimately is what the power of music is all about.
Posted by Paul POP! at 9:23 AM No comments: