Hess Is More Is So Much More 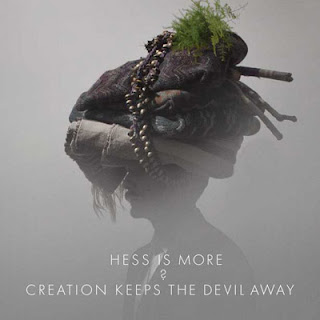 Despite the name, Hess Is More is not a band dedicated to Hess gas stations or even the Christmas toys you secretly buy every year. They are dedicated, however, to providing some amazing punk funk tuneage that's part space rock, part funk, and part pop. Mikkel Hess the creator of Hess Is More has been hard at work for the last two years on Creation Keeps the Devil Away, and you can hear that effort on just about every track here.

Exhilarating and filled with danceable rhythms Creation Keeps the Devil Away, is a great album that pulls influences of everywhere and shapes them into something much greater than the sum of its parts. Hess has created a record that's hops around genre's and flirts with similarities to Hot Chip, Cut Copy, and LCD Soundsystem as if they were all close personal friends. Open minded and unafraid to explore new sounds or territories, Hess allows the band plenty of breathing room. The result of this is a free and easy album that's giddy, laden with pop flourishes, and really good.

Hess Is More is clearly on to something two albums into their career. They so easily create laid back blissful pop that's catchier than the flu it’s no wonder that Creation Keeps the Devil Away is such a fun and uplifting record.
Posted by Paul POP! at 5:47 PM

Email ThisBlogThis!Share to TwitterShare to FacebookShare to Pinterest
Labels: hess is more