Azita Are Disturbing the Air 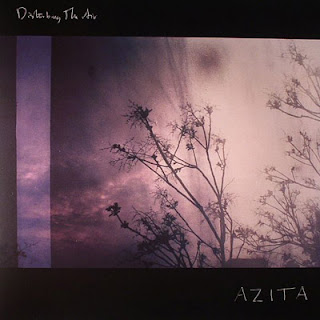 I like minimalism as much as the next guy...in fact I might like it a bit more. Simple sparse furniture is the coolest stuff on the planet (hi Ikea)...but simple music is just hard to grasp for me. It's especially hard to grasp when it's just a voice and an instrument I hate...like the piano. Unfortunately, for Azita this is exactly what they do...write songs based around the piano w/just a voice to accompany it.

Oddly enough the title of their latest album is entitled, Disturbing the Air, and for me it couldn't be more appropriately titled. This is a depressing and rather monotone album sung off key like a dispossessed spirit wandering the halls of purgatory. I don't mind solo piano in jazz...but outside of that, I just can't handle that instrument. Ben Folds manages to do an okay job w/the instrument but he makes his songs sound large and in charge. Disturbing the Air is the exact opposite; small and introspective.

I wish I could like this, but I can't. It's just too quiet and too sparse to hold my attention. Azita's Disturbing the Air wants to be something dramatic and sweeping but unfortunately it doesn't come off that way. Instead the album sounds like a recital gone wrong and I had a hard time sitting through those kinds of things. Sorry guys.
Posted by Paul POP! at 5:20 PM

Email ThisBlogThis!Share to TwitterShare to FacebookShare to Pinterest
Labels: azita