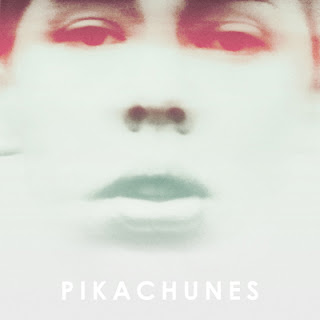 Pikachunes is not a Pok e Mon character. No, Pickachunes is the solo recording project of Miles McDougall. After suffering a fractured ulna, this music major had some time on his hands during recovery and used it as well as his love of digital production to create his alter identity and the Pickachunes album.

A first person account of moving to a new city and building a name as a musician, the record has a certain degree of glumness to it, but it's the struggle to achieve those things that moves this record forward. A rather good synthpop record, Pickachunes takes on hints of Magnetic Fields, early OMD, modern electro, and maybe even a bit of unfeeling German techno. The beats are cold and harsh, the synths minimal, and McDougall's vocals detached to the point of not even wanting to be there. And yet despite it's apparent lack of feeling or even caring the album is ridiculously catchy and very, very good.

Pickachunes sound as if it just walked out of a time capsule with it's analog synths in hand. Calculating, sparse, and almost harsh, Pickachunes are so 1981 they might just make OMD jealous. McDougall should probably injure himself more often because his output during his injury time out has been stunning. Minimalism hasn't sounded this good since Kraftwerk stumbled on to the Autobahn all those years ago.
Posted by Paul POP! at 4:22 PM

Email ThisBlogThis!Share to TwitterShare to FacebookShare to Pinterest
Labels: pikachunes