The Dum Dum Girls Live Only In Dreams 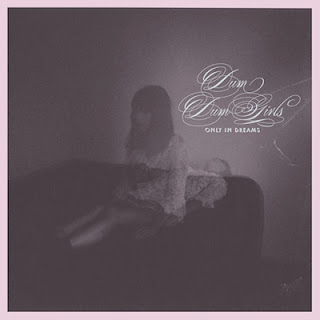 The Dum Dum Girls latest album, Only In Dreams, is yet another burst of garage rock sunshine that further proves these guys are the greatest combination of The Flatmates and the Mary Chain to ever come along. Having created more swirly, jangly, lo-fi sounds than I can count, the band has cemented themselves as the pre-eminent female C-86 revival band on the planet. They're brand of fuzzy pop is about as close to perfect as you're going to get.

Only In Dreams is a natural musical high of distorted guitar bliss, lo-fi production, and addictive choruses that you can't shake. Simplistic in it's approach, huge on it's use of hooks, and brilliant with a sense of nostalgia the Dum Dum Girls have a genius sense of what makes great pop music. They may not be overly complicated or technical, but the songs have so much heart that they hit you right between the ears and it hurts so good. The band works their magic so quickly and so easily that Only In Dreams could you hope to escape their clutches.

The Dum Dum Girls have continued their streak of creating perfect records. Only In Dreams is a fizzy pop treat that'll give you a sugar high and then break your heart. 60's influenced C-86 pop has sounded this good since 1986.
Posted by Paul POP! at 1:10 PM