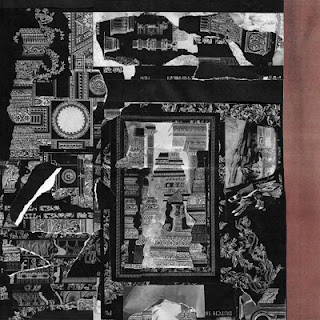 I have to admit Portland area band Hausu conjured up strange images about their name. I wondered what does it mean? Where's it come from? How the heck do you say it? What's it all about? Listening to their album, Total, didn't improve the situation. Where did that come from? Who's it sound like? And why?

While I have no idea about the name, as it turns out, much of Total revolves around thinking about things on a musical basis and being shaped by the small, indescribable elements that make their influences special. Acting like a band of mad scientists, what Hausu comes up with is a noisy indie rock record that hovers some where around the mid-90's. While you might shrug at that rather cliched summation, what's really striking about Total is how effectively Hausu has taken a band like Dinosaur Jr. and let it make a guitar based mess over and on top of The Cure. If slackers wore eyeliner and goth's were slackers you'd have Hausu in a nutshell. Total is noisy, depressing, twitchy, and fairly lackadaisical. It's got walls of churning guitars turned up to 12, bashed drums and apparently Robert Smith on lead vocals. This is the sort of record where guitars are shredded into wood chips, vocal chords are left in a shambles, and songs are somewhere between collapse and not caring. It's all very passive aggressive stuff that's simply fantastic.

Total is a dense, complex and freaked out record. It is a nervous and edgy record that's the very definition of post-slacker rock. If Dinosaur Jr. were thirty years younger this is the kind of record they'd make and heck might even still be making. It's an impressive homage to the past that pushes things in a anti-depressant fueled way forward. They readily admit that their record is an assemblage of observations made by four different people and collected in one place. Total is that place and it's one heck of place to be.
Posted by Paul POP! at 5:03 AM No comments: