Fall On Your Sword Are From Another Earth 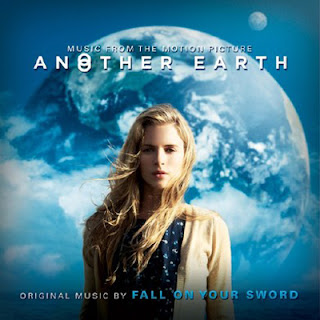 The soundtrack to the motion picture, Another Earth pretty much represents the film to a tee. The music, composed by Fall On Your Sword, is an ambient otherworldly wonderland that paints a crystal picture of, dare I say it, another earth. As the Director of Another Earth states, "Fall On Your Sword somehow mastered the very delicate musical balance of organic gentle warmth and aggressive forward moving cool."

Another Earth is a lush, tense, and dramatic soundscape that sets and creates each scene perfectly. The images your mind creates as the soundtrack progresses will develop along with the songs into something spectacular. This is clearly music created to get set a mood, create a feeling, and set the scene for the movie and it does this excellently. This is deeply thought out stuff that remains organic enough and large enough to give each song room to breathe.

Fall On Your Sword have composed a fantastic soundtrack to a seriously intriguing film. Without having seen the film, I get the sense that this is a seriously moving, dramatic flick that sits somewhere on the border of sci-fi and drama. That sounds good to me...kind of like the soundtrack to Another Earth.
Posted by Paul POP! at 4:06 PM

Email ThisBlogThis!Share to TwitterShare to FacebookShare to Pinterest
Labels: another earth, fall on your sword