Nothing's Static About The Static Jacks 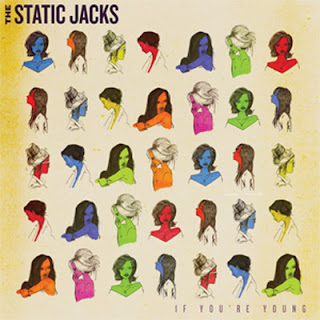 The Static Jacks are a fascinating bunch of intriguing punks. How so? Well, no other band merges the angst of punk rock with the drama of the Smiths better than these guys. Their album, If You're Young, is a fantastic trip through the days of our youth with a nice punch in the face at the end.

With a flair for dramatic vocals, punchy drums, and lots of three chord riffs, the band straddle the fine line between punk and indie like a champion bull rider with more than :08 to live. If You're Young is the sound of youth, rebellion, young love, and everything you hated about growing up. It's a frenzied urgent record that's ridiculously catchy and can't decide if wants to be punk or indie. While that might sound like a weak point, it isn't because somehow the Static Jacks manage to fuse it all together into one coherent sound that works so well that it's almost impossible to ignore.

Ian Devaney's vocals are so cool and so dramatic at times, he almost whines a bit like Morrissey. It's impressive stuff because it comes out of nowhere and hits you straight between the ears. His vocals allow the Static Jacks to truly have a unique sound and make their songs sound all the more effective. As a result If You're Young is a great record; Ian's vocals and the band's spiky musicianship truly propel this band to a higher place. Punk, indie, who cares? When you have an album as good as If You're Young genre's and constraints mean nothing because it's all about good songs and Static Jacks are overstocked in them.
Posted by Paul POP! at 5:51 PM