Yelle Gets The Remix Treatment 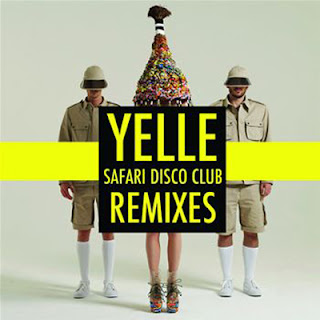 So how do you improve something that's already just about perfect if you're an electronic artist? Well, you release an album of remixes of course! As fate, lots of producers, and the dance floor gods would have it that's exactly what Yelle has done. Say hello to Safari Disco Club Remixes. While so many remix albums are album length cop outs and subpar filler this is not the case here. There's some serious love being shown here and as a result Safari Disco Club Remixes is packed to the edge with quality remixes from a who's who of remixing talent that spans genres and sounds.

Made up of nine tracks, everyone from Beatacue to Lo-Fi-Fnk makes an appearance here and they all love to Yelle. From chill out, house, electro, moombahton, and everything in between Safari Disco Club Remixes is designed to pack out a dance floor. It should work pretty well because Safari Disco Club was an already brilliant album and now with that added oomph the songs here have become unstoppable juggernauts crushing all who interfere.

Yelle might sing exclusively in French and we might not have any idea what the heck she's going on about (we never have), but her songs cross borders and languages and unites us all on the dance floor. Safari Disco Club Remixes does the same in groovy fashion and proves time and time again that the groove is in the heart! Perfection on top of perfection = lots of perfection. Either on its own or as a supplement, Safari Disco Club Remixes is pretty essential listening and even more essential dancing.
Posted by Paul POP! at 6:15 PM

Email ThisBlogThis!Share to TwitterShare to FacebookShare to Pinterest
Labels: yelle