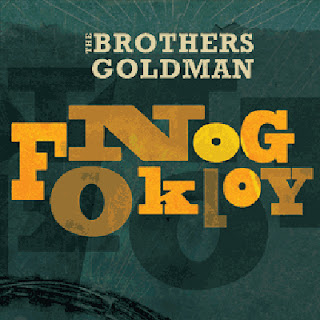 The Brothers Goldman want to get Fonky. Yes, that's right...not funky but fonky. What the heck is fonk? Well that's a good question and one I'm not sure that I'm qualified to answer but I'll try. Take a bit of funk, a bit of jazz, and a whole lot of blues and you have something that's fonky and that's exactly what Fonkology is all about.

Sounding like some sort of Mississippi Delta Blues run through the jazz clubs in New Orleans and give a dash of funk for good measure, Fonkology is an album that's rooted in the groove. While not completely funky in a Parliament kind of way, the album is packed with enough boogietastic rhythms that you're feet will have a hard time sitting still. It's rather nice stuff that's perfect background music for the weekends.

With Hammond organs blaring, guitars jamming, and jumpy basslines driving it all, Fonkology never really slows down. Whether it's a vocal track or an instrumental one the Brothers Goldman get down with their badselves and just let it rip. This is one album with jam after jam and that's probably it's biggest strength is it's musicianship. The Brothers Goldman are amazing musicians and each one of these tracks proves it. While not a big fan of the blues, several of the songs here reminded me of stuff that could have been done by Booker T & The MG's 40 years ago and that's never a bad thing.
Posted by Paul POP! at 5:04 PM