Built To Spill Know There Is No Enemy 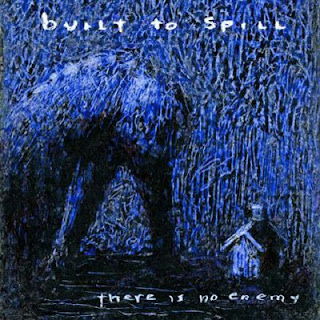 Somewhere and sometime away from the rock in which I live underneath Built To Spill released There Is No Enemy. BACK IN 2009. Where I was and what I was doing during that year that would have caused me to miss this album I have no idea. But I did. That was just dumb.

Well, Built to Spill's most current album is There Is No Enemy and they're preparing a tour behind it, so I'm going to use that as my excuse to review it...three years late. It should be said however that Built To Spill needs to record like a new album NOW...rather than tour. At least I can save face and be somewhat current.

Anyway, There Is No Enemy is the bands 500th album and like 480th for Warner Brothers and as they've gotten older the songs they seem to write seem to be less shambolic and RAWKish. Instead they've extended the length of many songs by several minutes and allowed them to become far more complicated or emotional. The songs here are like mini-epics with odd verse chorus verse structures, twangy influences, and a rather sedated vibes. There are no "Carry the Zero's," here but there are several thought provoking songs that challenges the notion of how indie RAWK has to be and makes you wonder if Built To Spill are ok.

For the most part There Is No Enemy is a pretty good record. A bit slow at times, the band seems to have decided that playing fast and reckless is no longer the way to go. And yet for every song that lags a little in the catchy department there are songs that will perk up your ears. "Good Ol Boredom," for example exceeds the six minute mark and brings back hints of the old Built To Spill. Far from boring, the song kind of rolls along and drives across its twangy six minute soundscape with a nice burst of guitar energy.

They may not be recording 12 songs that sound like "Sidewalk," anymore but with age comes wisdom and with wisdom comes better written songs and There Is No Enemy is full of them. A dense and mature record, There Is No Enemy takes a bit of time to latch on to, but it does eventually click into place and you're rewarded with a rich album. There Is No Enemy is the perfect album title for Built To Spill because when you are at the top of the food chain like they are (still), there really is no enemy.

Be sure to catch them on tour...anywhere but Florida as the band isn't coming here. That means then, that I'm going to crawl back under my rock until their new album is released. Cya.
Posted by Paul POP! at 2:10 PM

Email ThisBlogThis!Share to TwitterShare to FacebookShare to Pinterest
Labels: built to spill