Po Po Is Dope By Magic 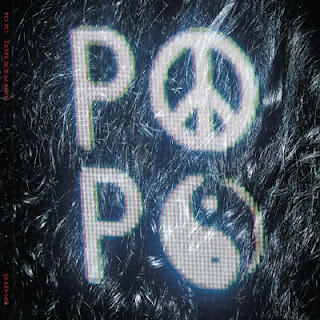 Holy confusion Batman, Po Po are one band that literally has no idea where they're going, how they're going to get there or why they're even going. Their album, Dope By Magic is amongst the strangest things you're likely to hear in 2012 and it's such a bizarre amalgamation of sounds it's like listening to three records at the same time. Taking electronics, post grunge, chill wave, glitch, indie, and the sound of broken instruments Po Po combine them all together super glue them and make something approaching music out of it all.

This by any logical means should not work. Honestly, Dope By Magic is one messed up record that starts in one direction and ends turned back around in a completely different one. Starting off as some sort of lo fi post-grunge indie rock menace the record slowly dissolves into a glitchy minimal electronic record that sounds like someone kidnapped Po Po and recorded different songs over theirs. It's all very messy, shambolic, and a bit chaotic and it almost gave me a headache by the end, but I couldn't walk away from it.

Hypnotizing you against your will seems to be Po Po's aim and with Dope By Magic in hand they might just achieve their goals. This is one band that's so open minded and so unorganized that they write music that just doesn't make sense. Dope By Magic isn't bad it just takes an equally open mind and a sense of adventure to get through it. If you don't have that...you'll be reaching for Excedrin. Top 40 this is not...a distorted musical choose your own adventure? Quite possibly.
Posted by Paul POP! at 1:17 PM