Big Sir's Before Gardens After Gardens 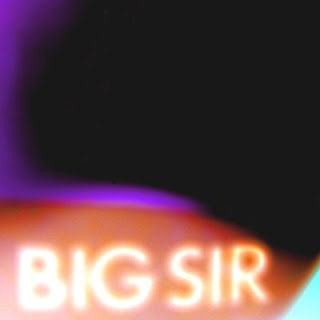 Big Sir isn't as big as Big Sur...but they could be. This dynamic duo made up of Lisa Papineau and Juan Alderete (of Mars Volta) has explored a stunning amount of sounds and textures using both electronic and analog beats over their three album career. Their latest album, Before Gardens After Gardens is no different and continues this tradition of audio exploration.

Sounding a bit like Sarah McLachlan if she went totally electronic, Big Sir creates songs that while danceable are undoubtedly haunting and intimate. Taking electro into nearly ethereal directions Before Gardens After Gardens is a chilled out, beautiful record that soars on the voice of Papineau and floats along on the beats created by Alderete. For a band that creates songs via laptops and the internet, Big Sir have created an album that sounds so rich, so produced, and so texturally intense that it sounds like a million dollars. Chalk it up to technology or their songwriting ability it doesn't matter, Before Gardens After Gardens remains a brilliant record.

After twelve years of working together and two previous albums Big Sir have so completely jelled as a band that their ability to write songs as good as they are is like second nature to them. Before Gardens After Gardens is a strong effort that's as radiant and ravishing as it is memorable and unearthly. Filled with chilled out grooves and heavenly vocals this is the soundtrack to the afterlife on a rainy day and it's awesome.
Posted by Paul POP! at 10:59 AM