The TonTons Are Golden 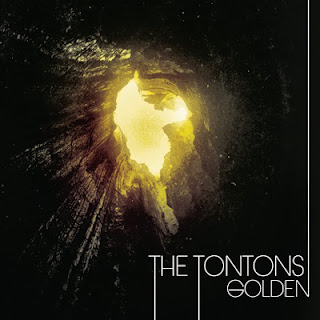 The TonTons ep Golden truly is as precious as the metal it's named after. This shimmery, lush pop record is littered with jazzy, soul, and even Smithsian elements that make it oddly entertaining and absolutely gorgeous. They might be named after everyone's favorite two legged Star Wars beast, but there's nothing beastly about these guys...it's all beauty.

Led by incredible vocalist Asli Omar The TonTons sound like a bit Echobelly if they were American or perhaps a jazzy indie band with Feist at the helm. Breezy and light on its toes, Golden is a winsome, adorable little record that soars on the wings of Omar's voice as it carries you away. This is such a neat record that you'll want to give it (and the band) a hug. From the folky country vibe of EP closer, "Charlie," to the jangly guitar work of "So Young," this band is clearly on to something that's marvelous.

Worth it's weight in gold, Golden is a precious record that will leave you salivating for more. From Asli's voice to the whimsical guitar work, the TonTons have it all and are clearly on the verge of something bigger. All they need? An album...and quick-like!
Posted by Paul POP! at 4:45 PM

Email ThisBlogThis!Share to TwitterShare to FacebookShare to Pinterest
Labels: the ton tons