Spacecamp Have An Alibi 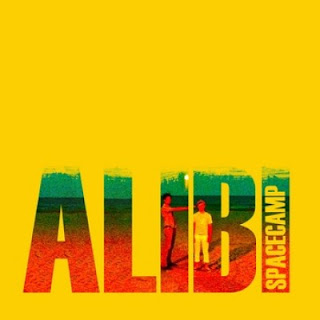 Remember Hard Fi? Yeah I thought not, but that British band molded ska-like rhythms with angular post punk guitars and struck gold. Their first two albums were brilliant slices of Britpop that had some in the press calling it the new wave of ska. Well, everyone, say hello to Spacecamp because they're like the American version of Hard Fi w/some added world music influences.

Their EP, Alibi, is a five song affair that's amazing indie combined with enough of a worldly vibe to it that Paul Simon and Peter Gabriel would take notice. Think Vampire Weekend meeting the aforementioned Hard Fi somewhere in Brooklyn and you kind of have Spacecamp all wrapped up. Alibi is melodic, somewhat angular, shuffly, and influenced just enough by akimbo rhythms to make things interesting.

The five songs here are far to short but do hint at what this band is capable of. It will be interesting to hear what their debut album sounds like, which, we hope will be released soon. While we undoubtedly recommend and love these five songs, they are simply not enough and we don't care if you have an alibi or not Spacecamp...we want more.
Posted by Paul POP! at 3:47 PM

Email ThisBlogThis!Share to TwitterShare to FacebookShare to Pinterest
Labels: spacecamp