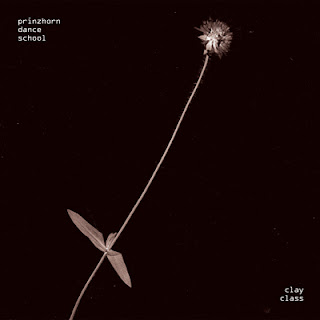 Prinzhorn Dance School is not a school of dance but rather a band. In fact they’re so inept at dance instruction and their album Clay Class is such an angular guitar attack that it might not actually know how to dance at all. They might spasm a bit and jerk around but full on dancing, I think not.

Taking the template of the Gang of Four and taking it back to 1981 this post punk band paint pictures of life in modern Britain through a vintage lens that while slightly optimistic doesn't sound pretty. Jerky, angular, and almost un-melodic Prinzhorn Dance School manage to take rhythms and turn them sideways. It's a very nervous sounding record that feels as if it might rip itself apart at any point and that’s ok. Jagged to the point of being pointed and deadly Clay Class manages to make itself brilliant by being so perfectly post everything and so against the grain.

While there are moments of delicacy and intimacy (see the fourth track) most of the album attacks itself from every which way in an effort to generate some sort of movement. In a sense, it’s killing itself atonally to live rhythmically. Clay Class is a great record because of this and the fact that no one really sounds like this anymore and it's skewed rhythms, bass lines, riffs, and vocals sound completely fresh. This is the sort of record that Gang of Four probably sits at home and listens to thinking that they're influence and legacy within the pop music lexicon is secure. It is and thanks to Prinzhorn Dance School their aesthetic and approach will live on.

Clay Class is an essential post punk record that fans of the genre will rejoice in. Angular and staggered pop music doesn't get much better than this and Prinzhorn Dance School might not dance but they certainly educate.
Posted by Paul POP! at 6:15 AM