Old Wives Tales To Dance To 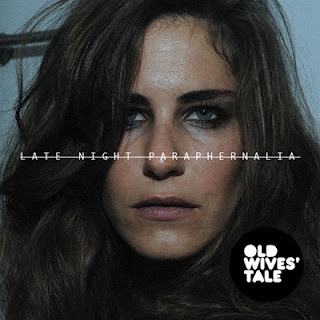 Old Wives' Tales are generally myths, legends, stories, the stuff of imagination. Well Miami band Old Wives' Tale are anything but a myth or a fabrication. The stuff of legends? That's up for debate but judging by their EP Late Night Paraphernalia they might just be on their way. Combining disco punk, rock and roll, and a sense of the DFA's hedonism, OWT create rough rambunctious songs that are slightly angular, aggressive, and filled with basslines that will drag you on to the dance floor.

Like LCD Soundsystem on a rampage, Old Wives' Tales beat up the Rapture and Moving Units steal all their best bits, turn up their amps, crank up the strobes, and create punk funk that your feet will find difficult to run away from. Late Night Paraphernalia is a brilliant blast of raw, unfiltered rock and roll that has somehow found it's way on to the dance floor and doesn't want to leave. The fact that this comes to us via Miami is truly amazing and illustrates that me leaving my home town was the best thing to ever happen to the music scene down there!
Posted by Paul POP! at 5:48 PM