San Cisco Is Far From Awkward 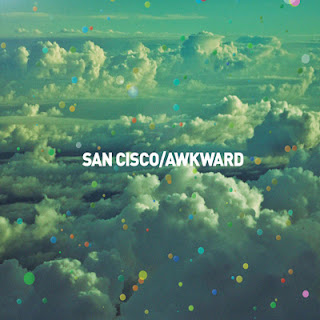 When one thinks of Australia one generally thinks of Melbourne and Sydney, but very rarely does someone mention the WEST coast of Down Under. Yet it's out there big, massive, and teaming with life. Well that's where San Cisco comes into play. This rather quirky pop group comes to us from the less than bustling area known as Fremantle Western Australia.

Taking their own path (and a bit of a roundabout one at that) to pop stardom the band has developed a natural chemistry that has helped shaped their second record, Awkward. Quirky, fun, and good the band are quickly developing into something bigger than the frontier of their hometown.

Penned in the studio one afternoon, lead single "Awkward" is an unmistakable pop gem featuring the vocal talents of both Jordi Davieson and drummer, Scarlett Stevens. It's a sugary pop thrill that's unforgettable and as I sit here and type this I can still hear the chorus ringing in my ears. Now imagine four more just like that and you have, Awkward in a nutshell. The EP is packed with indie pop goodness, showcasing Jordi’s turn of phrase and Josh Biondillo’s varied influences and together they sound a bit like a poppier version of The Subways or rockier version of Mates of State. In its entirety Awkard is anything but, but it is an eclectic mix of indie pop with dashes of rock and slashes of synth that's well worth multiple listens.
Posted by Paul POP! at 7:46 AM