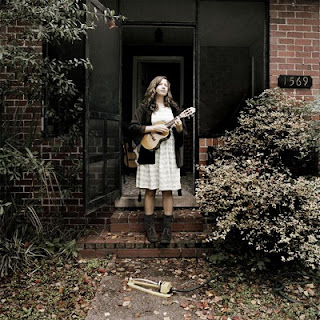 Rebecca Zapen is from Jacksonville and was born into a musical family here. While growing up in Jacksonville she was raised on Chopin, Beethoven, and Mozart. When she went to FSU on a musical scholarship she filled her time with opera, chamber music and jazz. After graduation and moving to the west coast, Zapen expanded he repertoire to include swing, classical, klezmer, country, folk, and rock. If you were lucky enough to see her during her many performances and appearances with other bands you knew then what the rest of the world is finding out now; that Rebecca is one heck of a talent.

Her latest album, Nest is kind of a true life tale of her and her husband building their nest and the pregnancy that went along with it. Taking nearly 13 months after a break for the birth of her son Zapen got back into the swing of things and dedicated herself to finish the album and burning the midnight oil to get it done. 20 months is how long the whole process took and you can hear that reflected in the quality of the songs and the album as a whole. Nest is a true labor of love and it shows that Rebecca is a diverse songwriter who is anything but a one trick pony.

From violin to acoustic guitar, orchestrations to Robert Palmer Nest really does have it all. This is a gorgeous folksy album that sounds as if Rebecca was in your living room playing it. It's a cozy album; the kind you put on with a roaring fire on a cold night. Her voice is silky smooth and seductively sweet and the musicianship she brings to the table is no different. The girl has so much talent that she's able to switch gears at the drop of a hat. Her ability to be a folk singer one second and jazz singer the next is truly impressive. Just listen to the songs, "Peace," and "Ledge," and you'll see what I mean.

Listening to this record is a treat because I vaguely remember her playing Borders a lot when I worked there. So to hear this album come to fruition and for it to be so good is like coming full circle. Nest is a great record from a local artist whose destined for big things; be it family life or being a singer/songwriter. Rebecca Zapen is an immense talent who can croon w/the best of them, sigh so sweetly, tap into her inner Suzanne Vega, play the violin, write songs that belong in Lemony Snicket and do one hell of a bossa nova lite version of, "Addicted to Love." Nest has it all under one roof and it's an entertaining listen that any resident of Jacksonville should be proud to own.
Posted by Paul POP! at 4:11 PM