We Are The Works In Progress 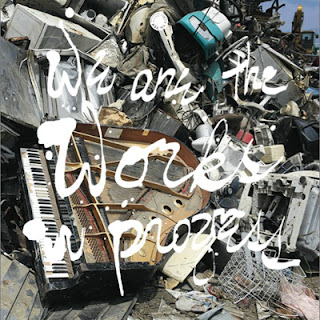 We Are The Works In Progress is a fourteen song tribute album dedicated to Japan and it's ongoing efforts to heal itself post tsunami. Put together by Blonde Redhead's Kazu Makino and released on her own label, Asa Wa Kuru, the album is designed to support Kazu's homeland in it's ongoing time of need. With an incredible response to the idea and a massive number of artists who wanted to contribute one suspects the difficulty in putting this compilation together was witling it down to one CD.

Surprisingly, and unlike most other charity albums, We Are The Works In Progress is a cohesive album that seems to flow perfectly together from one song to the next. Call it luck or artistry, but the simple fact that the fourteen artists here all sound remarkably well together is pretty cool. Featuring a whole host of ambient and atmospheric tracks the album seems to reflect the nature of what transpired on that fateful day last year. Cloudy, moody and yet dangerously beautiful the tracks seem to haunt while leaving you mesmerized. From Four Tet to Terry Riley to Blonde Redheard to Pantha Du Prince, Liars to Deerhunter to David Sylvian and even Interpol they all contribute to this album and offer up worthy tracks.

Done for a great cause and containing enough soul stirring emotional ambience to last a lifetime, We Are The Works In Progress is truly a beautiful album with a deeply seeded message. Even though the earthquake and tsunami were last year the needs of the citizens of the coastal community still exist and if this helps them out even in a minor way it's all been worth it. Ambient music doesn't get much better than this and We Are The Works In Progress is an album that's worthy of your attention and even more worthy of your possession.
Posted by Paul POP! at 5:21 PM

Email ThisBlogThis!Share to TwitterShare to FacebookShare to Pinterest
Labels: blonde redhead, we are the works in progress