The Do Get It Done 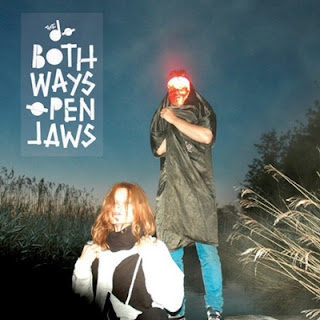 There's quirky and then there is quirky and then there are The Do. This French - Finnish combo seem to have taken the EU ideal of cross boarder cooperation to heart and created a multi-cultural multi-influenced sound that's literally all over the map. Their album, Both Ways Open Jaws is a jumble of sounds, ideas, and strange things that come together to shape songs in odd ways that shouldn't make sense but do.

Utilizing everything at their fingertips, The Do are an adventuresome group who are seemingly unafraid to try new things, arrange songs in strange ways, or just throw the normal song writing book out the window. From marimbas to folk guitars to Bjorkian vocals and everything in between Both Ways Open Jaws is a lush, beautiful and off centered record that will recall Bjork at her most tolerable, Feist at her most adorable, Azure Ray at their most exotic, and maybe even MIA at the club. As confusing as that may sound, it's this amalgamation of sounds that is truly what sets this album apart. Hesitant to rest on its laurels for too long, The Do shift directions and instrumentation more often than a jazz quartet and get great results; see "The Wicked & The Blind," as an example.

Both Ways Open Jaws is an avant-garde adventure into pop that's filled with excitement. The Do seem to operate in a musical playground where no idea is left unused and no sound too obscure. As a result, Both Ways Open Jaws is a deep, audacious record whose breadth and scope seems limitless. Why more bands are not like this is beyond me, but at least we have The Do who constantly think and dream of music in a way beyond most of our imaginations.
Posted by Paul POP! at 4:57 PM

Email ThisBlogThis!Share to TwitterShare to FacebookShare to Pinterest
Labels: the do