Welcome To The Future Sound of Buenos Aires 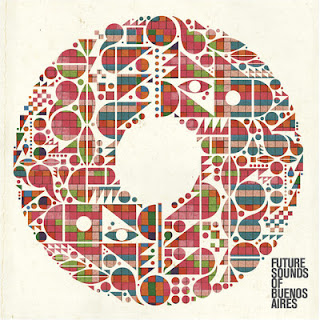 In a land where dancing in the streets in normal, where movement and footwork are essential components of life Brazil is a country constantly in a state of movement. As if to prove that point, Waxploitation Records and ZZK Records have combined forces to unleash the Future Sound of Buenos Aires. This compilation of electronic music takes the traditional sounds of Buenos Aires and then brings it bang up to date with techno, baille funk, hip hop, dub and just about everything else that squiggles or beeps. Consisting of twelve tracks the album seeks to cover all its bases through a grand circle tour of the city and a whole host of producers.

With loads of underground producers including Chancha Via Circuito, Mati Zundel, Frikstailers, Super Gauchin, King Coya the record is a smorgasbord of sounds and Latin influences that are all distinctive, unique, and very, very good. Future Sound of Buenos Aires is an excellent record and there's so little filler here you'll barely have time to breathe. From traditional sounds mixed into a heady mix of electronic noodling to techno squiggles with pounding beats most of this record will sound as if Carnivale has shown up miraculously in your living room. Why not join in the celebration and dance along to the rolling tropical beats?

From the near dubstep destruction of Daleduro's "La Poli," to the funky Frikstailers, "Guacha," Future Sound of Buenos Aires never stops it's frenetic dance of delight. This is a gorgeous record that's like listening to ancient and modern Brazil melding into something greater than the sum of its parts. After listening to this record a few times, flying down to Buenos Aires, eating heaps of Brazilian food and enjoying the whole experience it's fair to say that The Future Sound of Buenos Aires is darn near blindingly brilliant.
Posted by Paul POP! at 10:14 AM