Parlotones Journey Through The Shadows 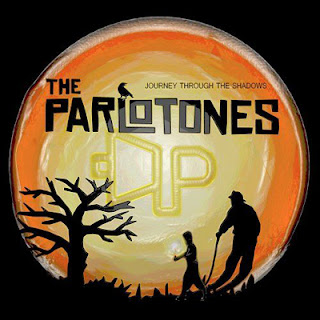 With a name like Journey Through The Shadows you'd think that the Parlotones album would be some dark hearted slightly metallic rock and roll record. Well if you thought that, you would be wrong as this is truly a case of not being able to judge a book, or CD, by its cover. Rather than being heavy and metallic, The Parlotones are trad and somewhere between the Stereophonics, indie rock, and the middle of the road. They're pretty good and their diversity of styles allows them to kind of head off into a million directions and make them all work at the same time.

Journey Through The Shadows is really more like a Journey Through The Styles as there are no shortage of influences or ideas that make their presence known on this record. There's indie, power pop, rock and roll, jam band, and even country coursing throughout the songs here. While that generally spells doom for an album, amazingly, the Parlotones are able to harness each of them and write songs that are consistent and very listenable. There's a whole host of potential singles on this record that could be stadium anthems given half the chance. A song like, "Brave & Wild," has that anthemic soaring vocal style, instantly memorable chorus, chiming guitars and a wave of rock and roll energy that could elevate the emotions of a million people; It's a huge tune just waiting to happen. And Journey Through The Shadows is loaded with moments like these.

The Parlotones can play and write songs with the best of them. Journey Through The Shadows is proof of that and it's a record that taps into their inner Coldplay as much as their inner Stereophonics. From twangy guitar to lofty riffs, pleading vocals to heavenly highs, jumpy drums to slowed down tempos it's all here and done well. They might have a bazillion influences but they've managed to concoct the correct formula which allows them to overcome the pitfalls with each. The Parlotones maybe be journeying through the shadows but their destined to wind up in the sunshine.
Posted by Paul POP! at 2:16 PM

Email ThisBlogThis!Share to TwitterShare to FacebookShare to Pinterest
Labels: parlotones