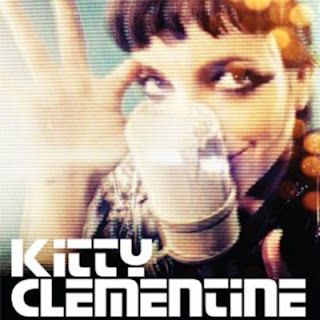 During the golden age of female singer songwriting artists folks like Kitty Clementine dominated the airwaves, charts, and record stores. But as time moved on, so did many of the artists, their fans and the genre's popularity. As of late, however, there's been resurgence in strong feminine artists. From Amy Winehouse and Duffy to the re-emergence of Fiona Apple the girls with something to say are storming back and somewhere within that resurgence is Kitty Clementine.

Sounding like a cross between Dresden Dolls, Fiona Apple and Amy Winehouse, Kitty Clementine is one heck of a songwriter, one heck of a strong woman, and has one heck of a voice. On her self-titled album she belts out songs like her life depended on it. At times a bit campy, at others theatrical and others sensitive, Kitty Clementine has all her bases covered and then some. Her voice fluctuates from being totally dramatic to something intimate and sensitive and her songs follow her voice to a tee. When she’s at her energetic best there's no denying Kitty's prowess and her band's ability to create the big tune; see "The Green Eye," as a perfect example.

With a host of instrumentation, a never ending flexibility with her voice and the ability to create songs seemingly on a whim there's a lot to like about Kitty Clementine. The girl can sing, she can write, she can just about do it all and what's truly scary about all that...is while the first generation of angsty feminine artists were one trick ponies, Kitty seems to have an arsenal of ideas at her disposal. Kitty's album is a good listen, and entertaining listen, and the sort of thing that everybody would enjoy. Nice work.
Posted by Paul POP! at 2:47 PM