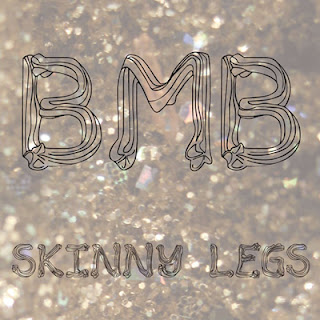 Beast Make Bomb’s latest EP Skinny Legs is an energetic fizzy pop record with enough spiky guitars, jumpy rhythms and adorable vocals to last a lifetime or at least the five songs on this record. At times sounding like a brilliant combination of Letters to Cleo, Veruca Salt, Mazzy Star and PJ Harvey Beast Make Bomb have seemingly stolen the best of 90's female fronted guitar pop and made it all their own. Skinny Legs is excellent indie rock played the way it used to be played.

With huge guitar riffs, addictively catchy rhythms, and the delicate belting of Ceci Gomez' vocals the whole record feels like it's been dug up from a 1995 time capsule. If you can imagine someone like Tanya Donnelly with Doc's on stomping around the stage, I suspect you've got Beast Make Bomb pegged. These guys are awesome and it's the sweetness of Ceci mixed with the crunchiness of her band that makes this record work. Beast Make Bomb might have skinny legs but they still can kick your butt and that's what they do on this super cool record.
Posted by Paul POP! at 3:01 PM