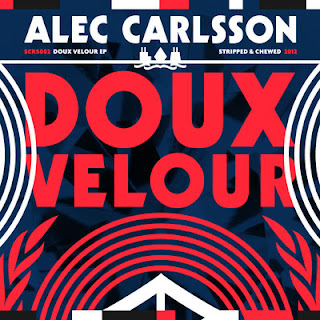 Alec Carlsson's new single Doux Vour is a deeply chilled, sexy, slinky tech house package that's so deep and so amazingly good I think I've listened to it about fifty times. In an age where dubstep is the norm, and bass bin shattering tunes have pushed out proper house music it's nice to see someone out there who still makes it and makes it well. Doux Vour is a filled with lush synths, echoing organ stabs, nearly two step beats, and samples buried underneath it all. It truly is magnificent stuff that's like the plushest night out/morning in you've ever had.

Doux Vour is a masterwork. This is deep tech house the way it was meant to be made. It's seductive and sensuous, gorgeous and opulent and steeped to perfection. I don't really know much about Alec Carlsson but after listening to this, I feel the need to own everything he's ever done; the guy just knows his way around a dance floor (and studio) and crafts tunes as a reflection of that. If you're looking for something inviting and provocative that understands that house music is a feeling you need a bit of Doux Vour in your life.
Posted by Paul POP! at 2:38 PM