Junkie XL Are Off The Dancefloor 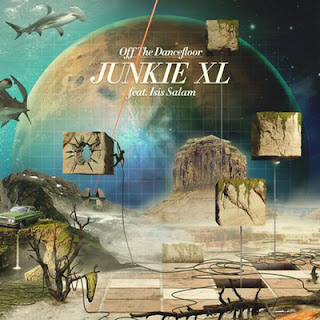 Junkie XL has come a long, long way since that Elvis song. Quite honestly, that's such a good thing it's almost worth celebrating alone. While it's unquestionable that the song allowed Junkie XL to up his productions and do what he wanted it was just so all conquering that it became a cliché of itself. But that was a long time ago in a galaxy far, far away. Junkie's latest single Off The Dancefloor proves that rather quickly.

An absolute mind numbing assault on your memory, Off The Dancefloor is a throbbing mass of electronic battle weaponry that cannot be stopped. Taking house adding some commercial accessibility to it and then running it through a hip hop filter the song bounces, screams, and attacks you until you're just beaten to a pulp by its stompy rhythms. And that, that's just the album version. Throw in three ridiculously good techno inspired throbby beasts of remixes and you have a package that proves Junkie XL is way more than a one trick pony. From the big room house vibes of the NT89's rework to the absolute corker of the Deniz Koyu Remix and the original this is thirty minutes of high energy mayhem that you need in your life on a Friday night.
Posted by Paul POP! at 2:03 PM