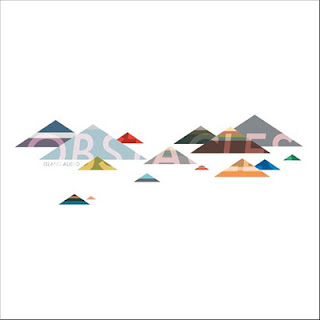 Island Audio isn’t quite as windswept and tropical as their name might imply. Yet, this four piece band from Bristol makes arty pop with big and bold brush strokes and a level of creativity that needs to find its way into more pop music. Their album Obstacles is a classic sounding art pop record that will bring to mind old Nettwerk Records bands like Single Gun Theory or maybe even a band like the Cranberries. As a band Island Audio are slightly askew but beautifully put together with jangly guitars, soaring vocals, and songs that are as literate as they are gorgeous.

Much like their name Obstacles is a bit of a misnomer as it's anything but difficult to listen to. Rather, the songs are easy on the ears and almost feel as pure and heavenly as a spring rain. This record has such a classic feel to it and such a cool aesthetic that it's hard not to become gripped by vocalist Savannah's hypnotic vocals. Obstacles is good stuff and while it's not necessarily an immediate record the thing works its magic very subtly. Songs are sublime, quiet, and unobtrusive. This is an album that gently makes its presence felt and when you discover it you feel compelled to pay attention to it. With post-gazing flourishes, jangly guitars, and a sense of contentment Obstacles feels very comfortable.

Excellently played and expertly crafted Obstacles is a classic in the making...and if you're old like me...you'll feel a sense of comfortable familiarity with Island Audio. They very artfully go about crafting songs that make gentle impressions in your subconscious and by the time Obstacles finishes the only obstacle remaining is you walking away from the record.
Posted by Paul POP! at 1:29 PM