Circle Is In The Middle 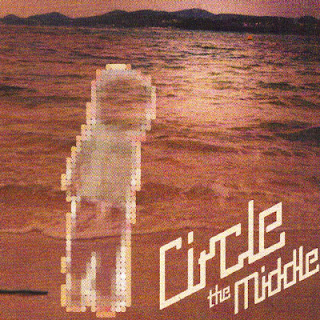 Having a name such as Circle for your band makes Googling really difficult and so as a result when their album came across my desk I wasn't able to find out a lot about them. In fact, I know next to nothing except for the fact that they are on Monday Records and that their new album is called The Middle. As for everything else, I have no idea. I do know that I've enjoyed listening to The Middle and that their feyish indie pop is graceful, tender, fragile, and a bit twee.

At times reminding me of Belle and Sebastian and at others like a lovelorn folk band, Circle kind of alternate between the two worlds of indie pop and folk as if they were one and the same. While normally this would drive me crazy, their songs hark back to the sunny sundae smiles of Sarah Records and bands like the Sugargliders and I think that's why I like these guys. It's all very sweet and heart achingly cool pop music that isn't afraid to get in touch with it's sensitive side. Guitars gently jangle, boy/girl vocals harmonize and the whole thing sounds like a crush set to music.

The Middle would seem to indicate something average or middle of the road, but this record is anything but. It's a wonderful melodic indie pop treat whose songs are delectably delicious and whose emotions are worn on its sleeve. This is a happy/sad kind of record that's like an old friend that you can tell anything to. It's comfortable and reassuring and it'll always be there for you. You can't ask much more from a pop band and Circle deliver all that and a whole lot of sweetness on top of it all.
Posted by Paul POP! at 2:04 PM

Email ThisBlogThis!Share to TwitterShare to FacebookShare to Pinterest
Labels: circle