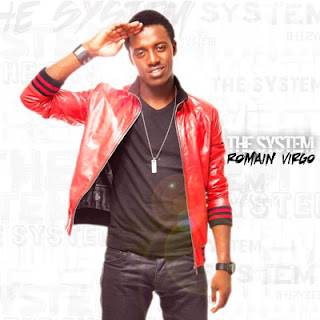 Romain Virgo within the credits of his latest album The System states that he chooses to do positive music for the people. Undoubtedly a rarity now days, Romain's positive attitude toward music and life shines through every song on The System and makes it a worthwhile listen. This is reggae music with sunshine and positive vibrations layered on top of positive vibrations and it's the sort of thing that's destined to lift spirits wherever it is played.

Taking a more laid back approach to reggae, Romain Virgo lets the groove take us away and allows his vocals to steer the story of every song with a unique enunciation that makes the whole thing just sound cool. The System is a strong record filled with songs about love, knowing better, and not falling into cliches. Romain seems to be a good guy and his songs reflect an attitude that quite honestly is refreshing to hear.

Firmly in touch with pop influences, Romain Virgo creates reggae that's easy on the ears, huge on hooks, and almost like a more tropical version of R&B. The System is chilled out stuff that's as bright and beautiful as Jamaica itself. If you're not singing the nearly acapella title track after one listen there might be something wrong with you...it's that catchy and to think it's just Romain Virgo and his voice is amazing.

The System is a very good record and Romain Virgo is a unique talent. From his voice to his approach the guy clearly is in love with love and reggae and every song here illustrates that passion.
Posted by Paul POP! at 2:25 PM