The Eastern Sea Head Out 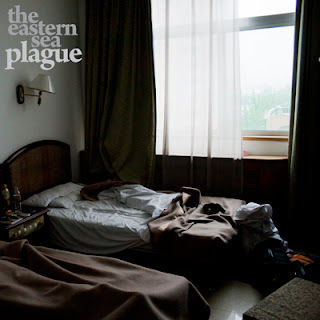 The Eastern Sea are actually from nowhere near a sea. In fact these Texans are about as close to the beach as we are to the desert. Anyway, despite their geographic isolation, the band offer up sunshiney, glistening pop gems on their disturbingly titled album Plague. Sounding a bit like Jason Molina if he gave more power to his Magnolia Electric Company or a whole host of Secretly Canadian bands The Eastern Sea are a minimally beautiful group who find the brightness of the light in the smallest and sparsest of spaces.

Plague is not a disease ridden trollop through the dark side of pop but rather a meditative, serene, and pastoral record filled with rays of sun sparked melodies and unusual quirks. While the record has it's roots in folk and post rock it doesn't let them serve as the be all end all influence over the record. While the record is spatial and atmospheric, the songs on it are too song oriented and at one point could be a dead ringer for a Target commercial (see "China Untitled 1"). This is a beautifully constructed and written record whose sparse arrangements allow the melodies to shine through and the atmospherics to carry the songs skyward.

The Eastern Sea may be landlocked but clearly they've spread their wings a few times and escaped to far more expansive landscapes. Plague proves that and it's a fascinatingly great record. While intrigued by transition and change to write songs about them, the band proves that these elements not only make for great lyrics but also a great way to write expansive songs. It might not be a fast paced record but Plague is a great work of atmospheric indie rock. If you’d like to have a quiet weekend to yourself then this is your soundtrack. You can thank me later.
Posted by Paul POP! at 2:33 PM