In The Mix: Dancepop Anthems 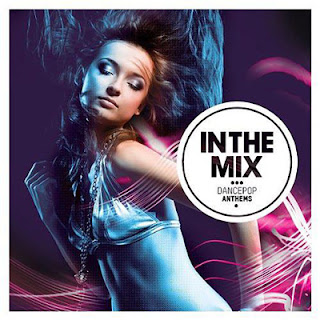 The worlds of indie and dance music have intermingled for decades but it's only been recently that the two have become accepted by the mainstream on a global scale. It's been a long road but the genres are now as well known as sliced bread and the cross pollination of the two have made big waves the last couple of years. Everyone from Target to Apple has used artists that have crossed over the lines and help sell heaps of records for folks like Martin Solveig and David Guetta. Now, as if by magic there's a compilation gathering all the biggest hits together on one hand dandy compilation.

In The Mix Dancepop Anthems is a mish mash of styles and loops that at times are spot on and at others are downright annoying. When things get more "modern" and go all electro house the songs are just incredibly unmelodic; see Arcade Eastsides sped up version of "Written In The Stars," as a prime example of headache inducing music. The stuff just is bad. It should be called HDM instead of EDM. That being said there are a couple moments of pure gold on this record. The ridiculously catchy, "Hello," which saw French mega-talent Martin Solveig team up Canadian gods Dragonette and Duck Sauce's mega 2011 hit, "Barbara Streisand," are worth 500 or so listens.

Like any compilation there are hits and misses and songs that are fantastic and songs that should never have been included. In The Mix Dancepop Anthems is just like that and it's really up to you to determine how good or bad it really is. As it stands though In The Mix Dancepop Anthems is an excellent overview of songs that have been driving the kids crazy over the last year or so and packing the dance floors at clubs around the world. This for better or worse, is the future of music; some of it bright and some of it grim but anthemic none-the-less.
Posted by Paul POP! at 9:56 AM

Email ThisBlogThis!Share to TwitterShare to FacebookShare to Pinterest
Labels: in the mix