Tindersticks Fall Down A Mountain 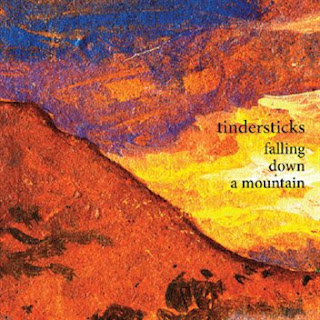 After a five year hiatus that ended in 2008, the Tindersticks have returned and given us two albums in three years and let's just say that's a very good thing. This British group’s dark tortured soulful pop is some of the best moody music to ever be created. For no other band on the planet can make something sound smoky, depressing, and yet somehow upbeat and hopeful. It's something they've been doing since the early 90's and thankfully are doing continually once again.

Their latest album Falling Down A Mountain is a return to form for the band and almost like the most upbeat stuff they've ever done. While every song here sounds deeply emotional, hauntingly moody, and of course very, very good they almost seem to have a spring in their step. Stuart Staples baritone croon stalks each song with deep, rich, hypnotizing enunciation as the band weaves a rich tapestry of instrumentation that includes a full string and horn section. The effect of all this is an album that is lush, orchestral and expansive while sounding enticingly entertaining and spookily intimate and almost a bit jovial.

As the songs roll by on Falling Down A Mountain the entrancing sounds of the Tindersticks envelope you with textures and melancholic joy; depression really never sounded so good. You might think this band needs a psychiatrist but not everything they do is completely grim and grey. Tindersticks do have a ironic sense of humor, an innate pop sensibility about them, and much like Nick Cave, they are quite capable of molding a pop song around fairly dark material. "No Place So Alone," is a perfect example as acoustic guitars shine, basslines jump along in a bright manner while Stuart Staples wraps his voice in a melodious manner that's fairly playful.

Email ThisBlogThis!Share to TwitterShare to FacebookShare to Pinterest
Labels: tindersticks