Seven Fields of Aphelion Work on the Periphery 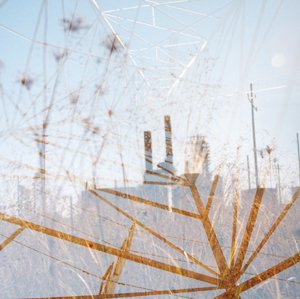 Sometimes a record hits you right in the kisser when you’re not expecting it. Whether it's the sounds of the musicians, the presentation of the art, or the combination of the two that hits you, sometimes you're just not expecting what you end up experiencing. The Seven Fields of Aphelion happens to be a one of those complete out of nowhere shockers! Granted you could probably form a quick opinion of the band just based on the name and cover art but that truly wouldn’t be fair. You see, Seven Fields is the best combination of Brian Eno, Bill Nelson, post-rock, and heaven that could have ever been imagined.

The Seven Fields of Aphelion album Periphery is a bit self-explanatory in the sense that much of the music here goes on in the background and around you much like what happens in your peripheral vision The record is calm, serene, and glassy and sounds as quiet and pastoral as a spring day. The album is absolutely gorgeous and the songs that emerge from it are documents of quiet expansive pop that seem to go on forever. The Seven Fields of Aphelion spare no expense at creating soundscapes that drift emotionally around your head while tugging at your heartstrings. It's as if the songs on Peripherydrift in and out like a breeze and yet somehow manage to cling to the idea of still being a tune. For examples of this, look to the ambient nature of songs like "Slow Subtraction," which eventually lead to synthy chimes like, "Mountain Mayr."

To listen to Periphery is to fall in love with sound all over again. It's an enveloping experience that sounds as gorgeous as your imagination allows. Seven Fields of Aphelion are easily one of the most impressive ambient/post rock bands on the planet and Periphery is a far-reaching imaginative auditory experiment that succeeds on every level! Bill Nelson and Brian Eno would be very proud of these guys!
Posted by Paul POP! at 9:23 AM