Deluka Makes Itself At Home 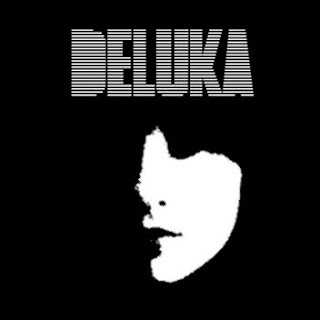 Sounding as if they're arriving from another galaxy, Britain's Deluka sails into our world with a single that's bigger than life itself and contains a series of tunes that are so contagious they might have to be quarantined. The single, Deluka, is a pure pop hit that layers equal amounts of electronics, guitars, and choruses so thick that even those with amnesia wouln't have a hard time remembering their songs. The songs that make up Deluka, "Cascade,", "OMFG," "Finito," "Wake Me Up," and "Mixed Messages," shine bright with a pop sheen that's nearly blinding and pretty stunning for a debut release. While, the whole electro thing is still a bit subversive and underground here in the States, in Britain it's such a commercial success that it's prevalence is so great that it's invaded just about everything and you can hear this throughout Deluka's dance pop grooves.

"Cascade," serves as a fantastic example of this commercial approach, as it sounds something like a Cut Copy tune on a billion dollar budget and then wrapped in the soaring, slinky, and sexy vocals of Elie Innocenti. It's a huge tune that would make someone like the Killers throw in the towel. Further exploration of Delukareveals the tongue in cheek, "OMFG," whose title pretty much says it all in a slightly humorous way, "Finito," is probably the rockiest tune of the bunch, "Wake Me Up," is a synth laden tune that sets itself up for one heck of a remix, and "Mixed Messages," winds up the single in fine style with a jumpy tune that explodes in a cloud of spiky shiny pop that's pogo's around the disco.

Deluka is an amazing little single and serves as the perfect introduction to this rapidly rising band. Balancing the commercial with the edgy and taunting both sides for it's own amusement, Deluka know how to play the game all to well. If you like your pop sparkly and spiky, Deluka is destined to be your new best friend. Hello Deluka, we're America...nice to meet you!
Posted by Paul POP! at 5:36 AM

Email ThisBlogThis!Share to TwitterShare to FacebookShare to Pinterest
Labels: deluka