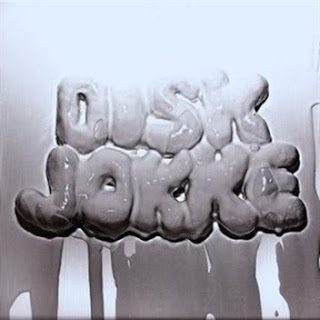 Hailing from a town of 5000 people southwest of Oslo, Norway, diskJokke isn't exactly in the center of the dance music world. In fact he's probably underneath it and about 18 feet of snow. Strangely enough and somewhat fittingly his music tends to be a bit on the minimal, stark, and chilly side and that's especially evident on his latest album En Fin Tid.

diskJokke or Joachim Drydahl, as his friends like to call him, doesn't exactly come full on with bangin’ choons to blow your mind; instead he comes from somewhere left of center and subtlety takes over the dance floor with a super cool arctic wind. Sounding something like an Atari 5200 buried under ice and on illegal substances that are only made in Scandinavia, En Fin Tidis a quirky cross between house, space disco, and chill out. It's bleepy and glitchy, sweeping and minimal, yet still has a dance floor sensibility that is seriously as infectious as the bird flu.

The album constantly hints at the stark nature of life in Norway but it never loses its grip on the dance floor or actually wanting to have a good time. Whether its the slightly bleak and wintry "Reset and Begin," or the mega marathon of quirked out beats that is "Nattestid," (who knows what the means in English) En Fin Tid is packed to the gills with great tunes that are lush, pure as the driven snow, and pretty much guaranteed to make your feet move in all sorts of awkward ways whether they're in snow shoes or not.

En Fin Tidmight not be as immediate as most dance music but it does stay with you long after the record stops and that's a testament to how good Joachim is as a musician. diskJokke has channeled his life in the cold into something magnificently groovy, opulent, and stupefyingly good. For a sophomore album that took over two years to make, you couldn't ask for much more and diskJokke delivers on each and every one of the eight songs on En Fin Tid. diskJokke is clearly Scandanavia's best kept secret but it's only a matter of time before the world discovers this guy.
Posted by Paul POP! at 6:34 AM

Email ThisBlogThis!Share to TwitterShare to FacebookShare to Pinterest
Labels: diskjokke