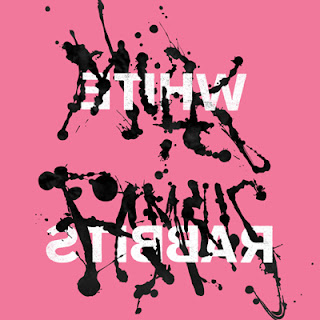 It's always fun to hear how bands develop over the course of a couple of records. It's interesting to see how they learn to explore their sound, find new ways to make it unique, experiment with things they never thought of and then attempt to put it all down on record. It's fun as a listener to hear all this and see what direction the band head off in after they get their debut album out of the way. Nine times out of ten it usually results in several mediocre albums or the breaking up of the band. In the case of White Rabbits, though, it’s seen the band perfecting their sound while expanding it to new vistas.

Their new album, Milk Famous, is a further expansion of the band's eclectic musical backgrounds and sound. While the record is undoubtedly textured and rich in sound, it's the way that the band have chosen to do this that makes Milk Famous so good. Utilizing an arsenal of sounds including more pedals than you could shake a stick at, pianos tinkling, off center guitar riffs, processed vocals, strange rhythms, and just about anything else that came their way White Rabbits super glued all this together to create some darn fine ethereal pop. At times sounding like a cooler Cold War Kids, Spoon, or Ben Folds if he were on acid, Milk Famous is an ethereal and strange record that's just a little off kilter; it's perfect.

Three albums into their career and White Rabbits have come a long way from their debut Fort Nightly. This is a band that's matured, developed their sound, and honed their songs to a sharp point. Milk Famous as a result is easily the best thing they've recorded. The songs have strange hooks in odd places, awesome choruses, quirky guitars, and the whole thing sounds like the best hazy Sunday morning ever; it's unforgettable stuff. Still sounding fresh but wise beyond their years White Rabbits have created one of the best records of 2012 in Milk Famous.
Posted by Paul POP! at 3:40 PM