Scout Deal With All Those Relays 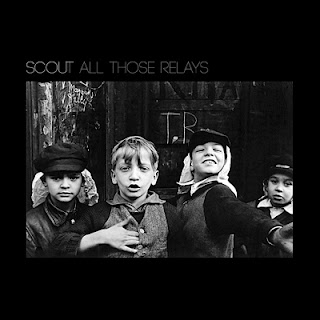 It's been a long time since Scout has folked and rolled. Nine years in fact. Way back in 2003 Scout released their last album to critical acclaim and then for whatever reason they kind of disappeared. In the time since that disappearance, Scout has been disassembled piece by piece, refined, and reassembled to be faster, better, stronger and now with All Those Relays in hand they're back and raring to go.

Musically speaking nine years is like five generations of your peers going by. If you think about what was popular in indie circles way back then and what's popular now it's kind of shocking and one has to wonder how Scout would fit amongst all of it. I'm proud to report that Scout fit back in the fray amazingly well and All Those Relays is an exceptionally strong album that would make someone like Rilo Kiley blush. While there's an undoubtedly singer songwriter slant to this record, it's what Ashen Keilyn does with those songs that makes them un-singer songwritery. All Those Relays is crafted as a mellowish indie rock record with the odd flare up, power pop tune, and even a guitar solo or two. Moany and depressing this is not.

Ashen has a great voice and it's highlighted by her band who frame it perfectly with a fantastic blend of quirky, ethereal, acoustic instrumentation, as well good old fashioned rock and roll. All Those Relays is a gorgeous record that wafts in and out like a warm summer breeze and the songs linger like the smell of a thunderstorm long after their gone. This is a refreshed and vivacious band that's excited to be playing and you can hear that in every song here. The songs are catchy, bright, and energetic and show that this is a band that has only gotten better during its absence.

All Those Relays is the sound of a band picking up exactly where they left off and doing something better. Scout sound better than ever and the maturity of the band is evident on every song here. This is a great effort all around and it's only a matter of time before all the accolades start pouring in again. Let's just hope it's not another nine years before their next album.
Posted by Paul POP! at 3:40 PM

Email ThisBlogThis!Share to TwitterShare to FacebookShare to Pinterest
Labels: scout