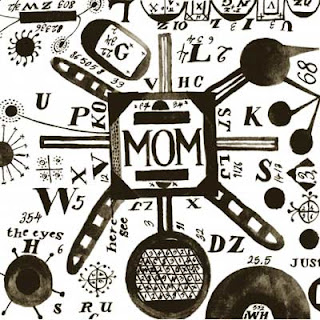 Mouse On Mars has been doing glitch since before glitch was ever called glitch. It's kind of scary to think that I've been listening to these guys since they were on Too Pure back in the mid 90's and while I've kind of lost track of their discography the last couple of years it's nice to see after all this time the mighty Mouse is still as abstract as ever. Their latest album, Parastrophics, (yeah, I don't know either) is yet another notch in an eternal career of attacking the dance floor from a completely different direction than everyone else.

Parastrophics is weird, let’s just get that out of the way right off the bad. Mouse On Mars don't do things in your bog standard 4/4 time signatures. In fact, I'm willing to say that they don't even use time signatures when constructing songs. While some do bounce along w/a steady beat in some sort of time, most of their tunes do not. Sounds, beats, and samples come from all over the place and click on click off, get strung together, bounce into one another and the result is musical string theory that makes no rhyme or reason. It's intriguingly odd stuff that at times seems like a bunch of old analog tapes spliced together in random patters. It's abstract, complex, and unusual but that's Mouse On Mars.

Far from making sense and far from being something you'd find on a pop chart, Parastrophics is one of the weirder records to come across my desk in a while. It's a fantastic listen of strange sounds, ideas, and collages put together in a completely unpredictable manner. If ever there was a headphones record Parastrophics would be it. Mouse On Mars are, to this day, innovators in glitch and they've done this for so long and eeked out such a great career doing it, it's hard not appreciate everything they do. Parastrophics is just the latest in a long line of electronic accomplishments that will dazzle and amaze you.
Posted by Paul POP! at 10:12 AM

Email ThisBlogThis!Share to TwitterShare to FacebookShare to Pinterest
Labels: mouse on mars