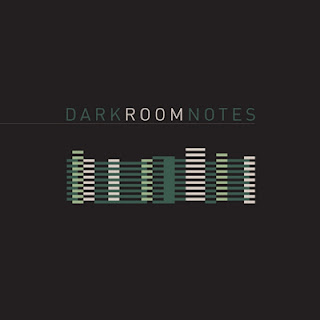 With a six year history, a smattering of EP's, and even an album behind them Dark Room Notes have been very quietly amassing a catalogue of awesome tunes, accolades, movie credits, and fans. Not bad for an Irish band that doesn't sound like U2 or The Cranberries and refuses to even entertain the thought. Instead, Dark Room Notes head off in the exact opposite direction and create gauzy, synth pop noir that's as poppy as it is Goth. Their latest album, the oddly titled Dark Room Notes sees the band taking things in a most welcomed, more electronic direction than previous efforts.

With smoky synths, angelic washes, barely there vocals, punchy guitars and tunes that reach for your ears in an effort to posses them Dark Room Notes is a force to reckon with. Dark Room Notes construct this sort of darker version of New Order that's mixed with just enough gothic overtones where you can imagine these guys lost in dry ice surrounded by banks and banks of keyboards. That being said, Dark Room Notes are not Goths, rather they are a dark synth pop group who revel in the darkness but have enough of a pop sensibility about them to realize that the light must balance out the dark. Dark Room Notes is pure indie dance floor gold that's got enough crossover appeal, much in the same way that someone like Depeche Mode does, to make the songs here unstoppable electronic battle weapons.

With multi-part harmonies sighing their way through choruses and the band's widescreen approach to writing synth lines and guitar riffs the songs spread their wings and soar. This is ridiculously good stuff whose gorgeous electronic ambience and mystical noir-ish like qualities make the songs a joy to listen on repeat. Dark Room Notes is just about perfect. In fact, it's very hard to find fault with anything here; the songs are solid and the production is sparkling. This is the kind of record I wish I had hundreds of but I'm thankful I have at least one. So take note, Dark Room Notes is something you need in your life.
Posted by Paul POP! at 3:44 PM