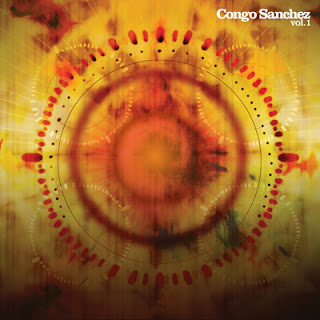 Congo Sanchez is the backbeat of the Washington D.C. party scene. As a master instrumentalist his skills and sounds are favored around the capital by electronic and world music producers and his magic touch can be heard on records from Thievery Corporation, The Empresarios, and the recently reviewed Funk Ark. With such high demand and such cool friends it only seemed logical that Congo take the big plunge and release his own material. And so he has, Volume 1 is Congo Sanchez's debut and it's a reflection of all the work he's done in the past, his influences, and where he's headed in the future and I have to tell you its pretty cool stuff.

With a chilled out vibe and a strong Latin influence Volume 1 is a brilliant, sunshiny, groovy little record that puts Congo's chops on full display. With genres bending and merging into others Congo Sanchez likes it all and uses it to his advantage. Jazzy guitar riffs give way to Latin percussion, spacey synths wash into brassy horn sections and the whole thing together is melodic bliss of the highest order. In listening to Volume 1 it is easy to see why Congo Sanchez is the backbeat of the D.C. scene...his productions are flawless, his sound is unique to him, and his songs are simply fascinating. Volume 1 is a masterful four track EP and after listening to this introduction it's hard not to see this guy as one of the most prolific world music producers on the east coast.
Posted by Paul POP! at 8:03 AM