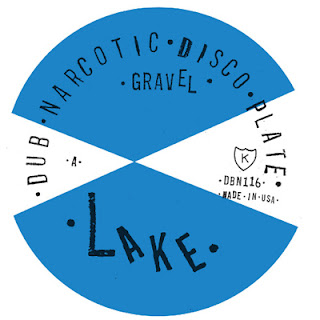 Lake's new single, Gravel isn't really all that new. The original version of this tune appeared on Lake's second album Let's Build A Roof but after returning from an epic tour the tune had a newfound soulful feel to it which eventually became the record's A-side. Mellow, minimal, and slightly moody the song isn't as rough as gravel but rather has a rather gentle feel to it. With multi-part harmonies gently wafting in and deep bass lines moving the song forward like a crest of a wave the tune is as calm as a glassy lake.

On the flip, Calvin (yeah him again), takes the song in a dubbed out trippy direction in a pristine and cool Selector Dub Narcotic remix that makes the song all instrumentally cool and chilled out. It's pretty good stuff that takes something already downtempo and makes it even more downtempo.

All around Gravel is a cool slightly less indie pop single than you'd expect from Lake but fantastic none-the-less in a moody kind of way.
Posted by Paul POP! at 2:15 PM

Email ThisBlogThis!Share to TwitterShare to FacebookShare to Pinterest
Labels: lake