Tender Forever Know Where We Are From 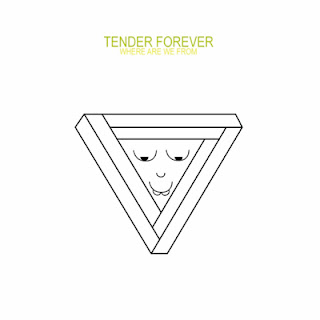 Tender Forever's mini LP Where We Are From is like the best thing that Bjork has never recorded. Sounding like a tripped out folk/world music excursion into the dark recesses of your imagination Tender Forever create downtempo and unusual songs that will haunt your soul and make your mind wander. Beautiful, worldly, and filled with all kinds of musical oddities, Where We Are From is the sort of album that requires multiple listens and total attention to discover its many layers. It's time well spent because Tender Forever have come up with something completely unusual and intriguingly listenable.

With loads of percussion, fragile vocals, and songs that seem to pulsate on every beat Where We Are From is something that someone like Bat For Lashes would kill to have in her repertoire. This is a darkly alluring record whose stark arrangements, percussive instrumentation of dramatically gorgeous vocals will keep you entranced and captivated. From Melanie Valera's tender ghost-like vocals to the constant use of what sounds like bamboo this is not your usual indie pop record. Using electronics as a base, layering the strange percussive elements on top and then allowing Valera's voice to carry it all, Where We Are From weaves its spell with so little that it's hard to believe.

Tender Forever is indeed a fragile proposition. Where We Are From is such a charming record whose enchanting sound collages create an unseen and unheard world in which we all free to roam. This is an artistic statement from a band that refuses to conform to any sort of regularity, parameters or ideal of what their music should be. From its unusual arrangements, strange sounds, and worldly atmospherics this is an indie record for the imagination and it's something that will be tender forever.
Posted by Paul POP! at 7:59 AM