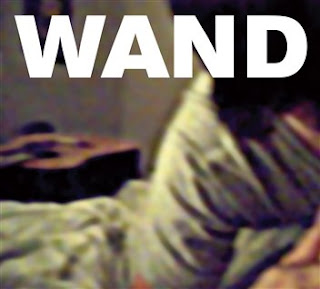 Wand's James Jackson Toth describes his band's album Hard Knox as a collection of demos, outtakes, and home recordings that were recorded at home in Knoxville, TN between 2002 and 2007. Apparently the songs that make up this album have all been considered for inclusion on Wooden Wand album's but never quite got there. Shockingly, Toth says that, these songs make up about 5% of a towering archive of work that may never see the light of day. Wow.

The songs included on Hard Knox are a glimpse into the world of Toth and his band Wooden Wand. The mostly acoustic songs are poignant viginettes into how his band works and how the songs develop from start to finish. It's a fascinating peek into the world of band mechanics and the songs aren't too shabby either for "home recordings." Having worked my way through this record, I would really like to several of these songs in their finished form. "Blamelessness," "All These Generous Men," and "Dark Is lending," would all probably be very cool tunes on their own.

While rough and unpolished, the songs that make up Hard Knox are fascinating as acoustic work but knowing that there's more to them, make these sketches even more intriguing. Where did they go? What do they sound like finished? These are questions that I would like to see answered. If you're a Wooden Wand completest (anyone?) then this is an essential purchase, but for the casual listener, I would seek out the finished products as opposed to these snippets of tunes. Start researching the tunes now.
Posted by Paul POP! at 2:18 PM